We remember our colleagues

Miners from the Jastrzębie-Bzie mine in Jastrzębie-Zdrój paid tribute to their colleagues who were killed in the disaster in the Jas-Mos mine 19 years ago. Candles and flowers were laid before the figure of St. Barbara in the mine’s pithead. 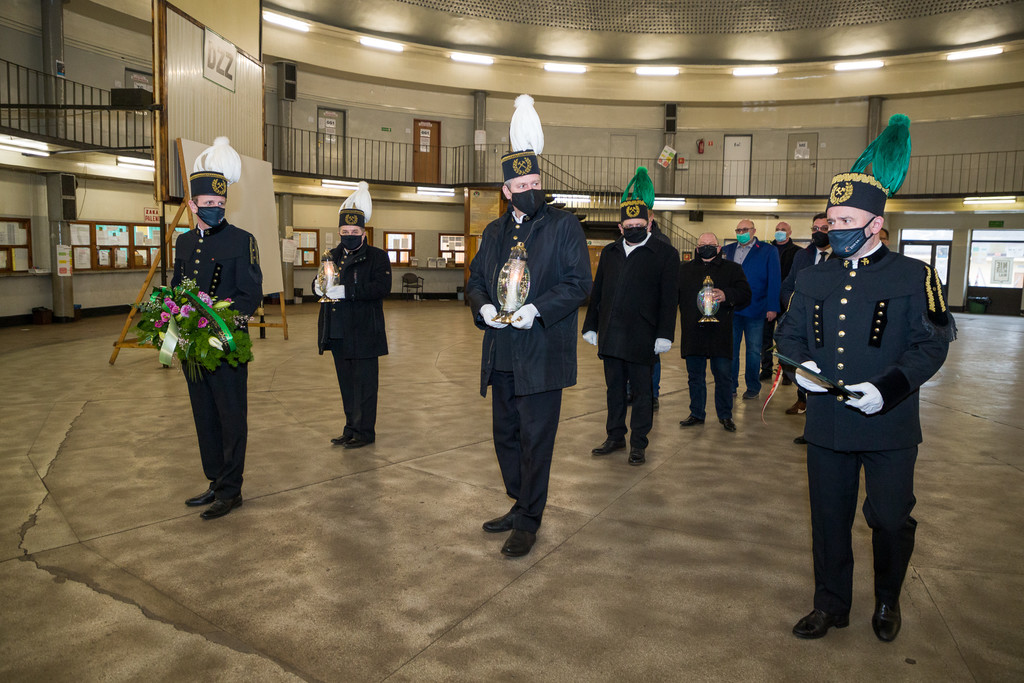 On Saturday, 6 February, 19 years pass since the accident in the Jastrzębie mine, where a coal dust explosion killed 10 people and wounded 2 more. At the time this was the biggest mining disaster in Poland for over ten years. Today, on 5 February, representatives of the mine management, Jastrzębska Spółka Węglowa and trade unions laid flowers before the figure of St. Barbara in the mine’s pithead.

The accident happened on 6 February 2002, before 5 in the morning, in the roadway located 700 meters below the surface during blasting works. At the time of the explosion, 47 miners were in the blast zone. 37 persons were evacuated to the surface right away. Two miners were wounded – one was burnt and the other one had his shoulder fractured.

It was not possible to save 10 miners who were the closest to the explosion. The youngest one was 28 and the oldest 43 years old. 20 rescue workers took part in the rescue campaign: two teams from the mine, one from Wodzisław Śląski and one from Bytom.