Anniversary of the mining disaster

It is 20 years since the mining disaster in the Jas-Mos mine. Ten miners who tragically died underground on 6 February 2002 were commemorated today in the mine's pithead. 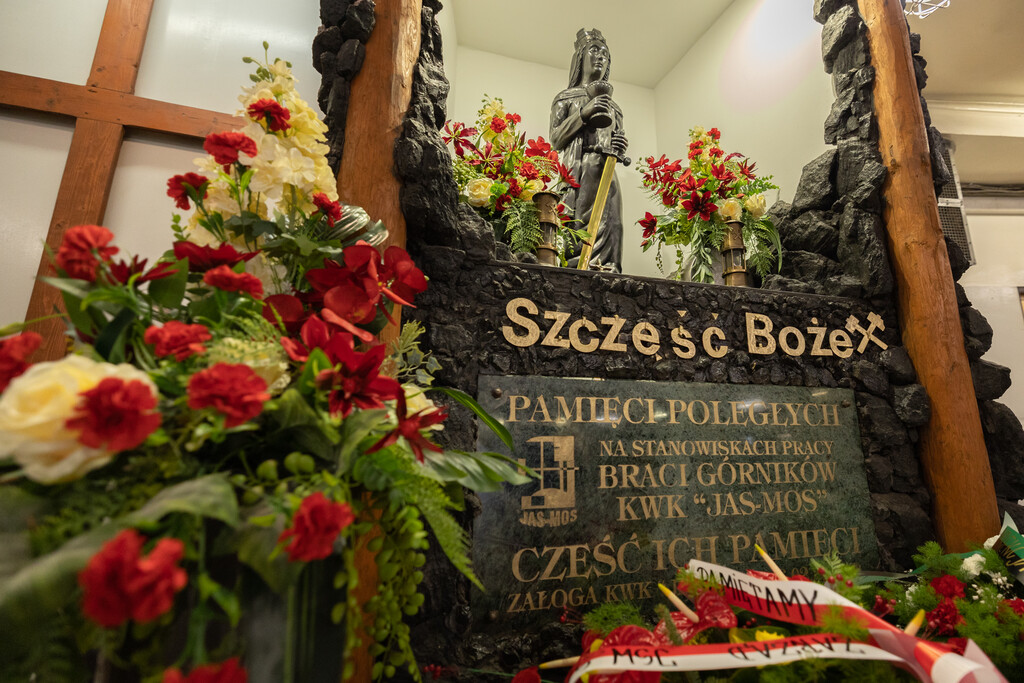 Tomasz Cudny, President of the JSW Management Board, Edward Paździorko, JSW Vice-President for Technical and Operational Matters, the management of the mine and representatives of the trade unions, as well as colleagues of the miners who tragically died, met in the pithead to lay flowers and light candles in front of the plaque commemorating the miners who died on the job. During the ceremony Łukasz Szlazak, director of the Jastrzębie-Bzie mine, emphasized that it was the biggest disaster in the history of Jastrzębska Spółka Węglowa and one of the biggest in the Polish mining industry.

The cause of the disaster was a coal dust explosion during blasting operations. It occurred at 4.36 a.m., 700 meters below the surface. There were 47 miners conducting blasting operations in the accident zone at the time. 37 were successfully brought to the surface, 2 were injured. Unfortunately, the 10 miners closest to the explosion were killed. The youngest was 28 and the oldest was 43. The rescue operation involved mine rescue teams from JSW and the Regional Mine Rescue Station in Wodzisław Śląski.