39th anniversary of the pacification of the former “Manifest Lipcowy” mine

On 15 December, homage was paid to the miners against whom, 39 years ago, the army and militia used arms. Flowers were laid in front of a plaque in memory of these tragic events. 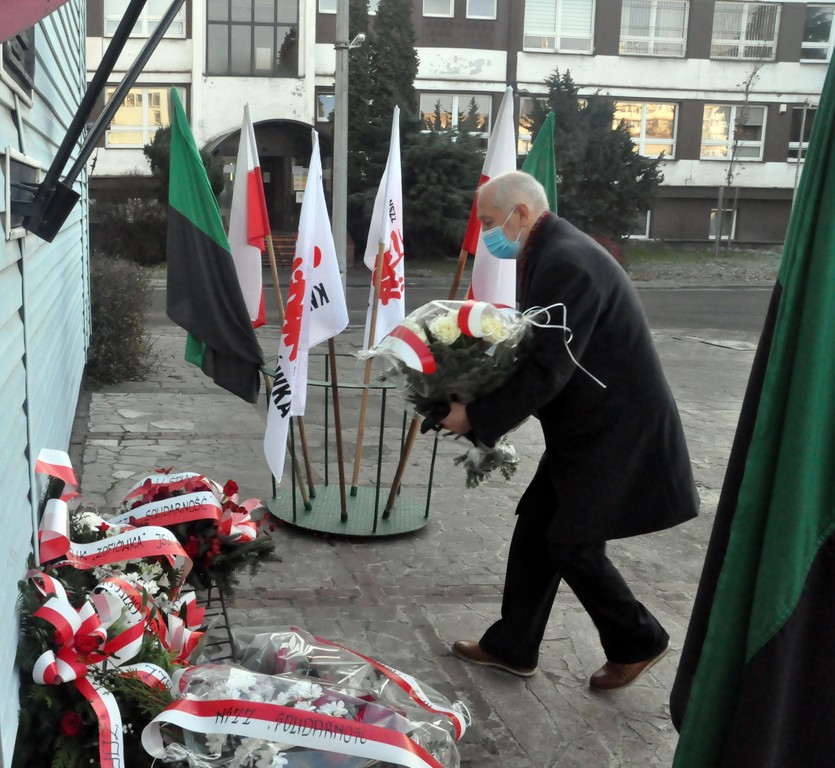 Due to the coronavirus pandemic, only a modest celebration was organized in the Zofiówka Section. It was attended by, among others, Włodzimierz Hereźniak, President of the Management Board of JSW, management of the Borynia-Zofiówka mine and representatives of the Solidarity Trade Union, who laid flowers in front of a plaque commemorating the events of 1981.

The former “Manifest Lipcowy” coal mine was the first industrial plant in which the ZOMO functionaries used firearms against the protesting miners. On 15 December 1981, 1,700 militiamen, ZOMO and SB functionaries and solders, as well as tanks and armored vehicles were used against the protesters. 4 miners were wounded during the operation. One day later, on 16 December, the “Wujek” mine in Katowice was pacified – 9 miners were killed and 23 wounded.

The conference devoted to practical applications of modern technologies in mining lasted two days. Geology, mining, information technology and geodesy were the leading topics of the on-line meeting co-organized by Jastrzębska Spółka Węglowa.

The first day of the conference, during which Jastrzębska Spółka Węglowa shared its experiences in planning and managing quality of its mining operations and coal output.