In the Szczygłowice Section of the Knurów-Szczygłowice mine the construction of modern RGEN switchyard was completed, thanks to which the mine can be powered with additional electricity produced in methane-fired generators. 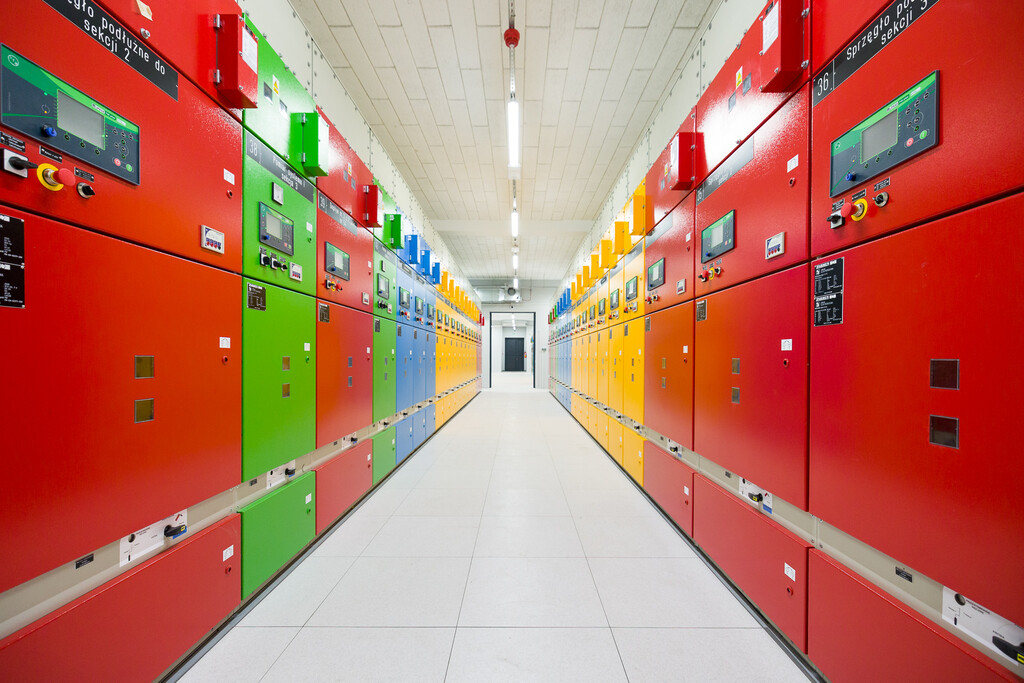 The new switchyard will make it possible to feed the electricity produced in the units to the mine's 6kV medium voltage grid, and then transmit it to power any facility. In case of surplus of generated energy, the RGEN switchyard will support its distribution to other JSW plants.

This is the main, although not the only, reason for building a modern switchyard. Thanks to the new investment project we were able to decommission 4 obsolete switchyards, whose tasks were taken over by the new RGEN switchyard. Replacement of the old, worn-out switchyards significantly improved work safety, as well as increased the reliability of power supply to the connected facilities – emphasizes Krzysztof Dusza, the manager of Szczygłowice Section’s Power Engineering Department.

A modern structure using reliable components is an important feature of the new switchyard, which supplies power to the mine's critical facilities, such as the surface methane drainage station, the equipment of the mine's shaft hoists of Shafts I, II and III, the mine's control center and gas control room, the telephone switchboard, the mining geophysics station, and nitrogen and carbon dioxide generators. In the future, the switchyard will also power the central air-conditioning installation planned to be built.

In the new switchyard building there are several switchboards: 54 field 6kV, 42 outlet 500V, 52 outlet 400V, as well as a 110 V DC guaranteed voltage system and 12 transformers with the capacity ranging from 400kVA to 2000kVA. As befits a modern switchyard, all parameters are continuously monitored by a modern grid control and supervision system. –The electrician on duty, sitting in front of the screens, receives information about the operation of the entire system. In case of any disturbances, occurrence of undesired phenomena, he can react quickly by switching off or switching over the power supply to another grid element – says Mariusz Zuber, the electrical senior foreman responsible for the project.

Despite the constraints associated with the covid-19 pandemic, the switchyard was built in just two years. The cost of the investment project was nearly PLN 24 million.